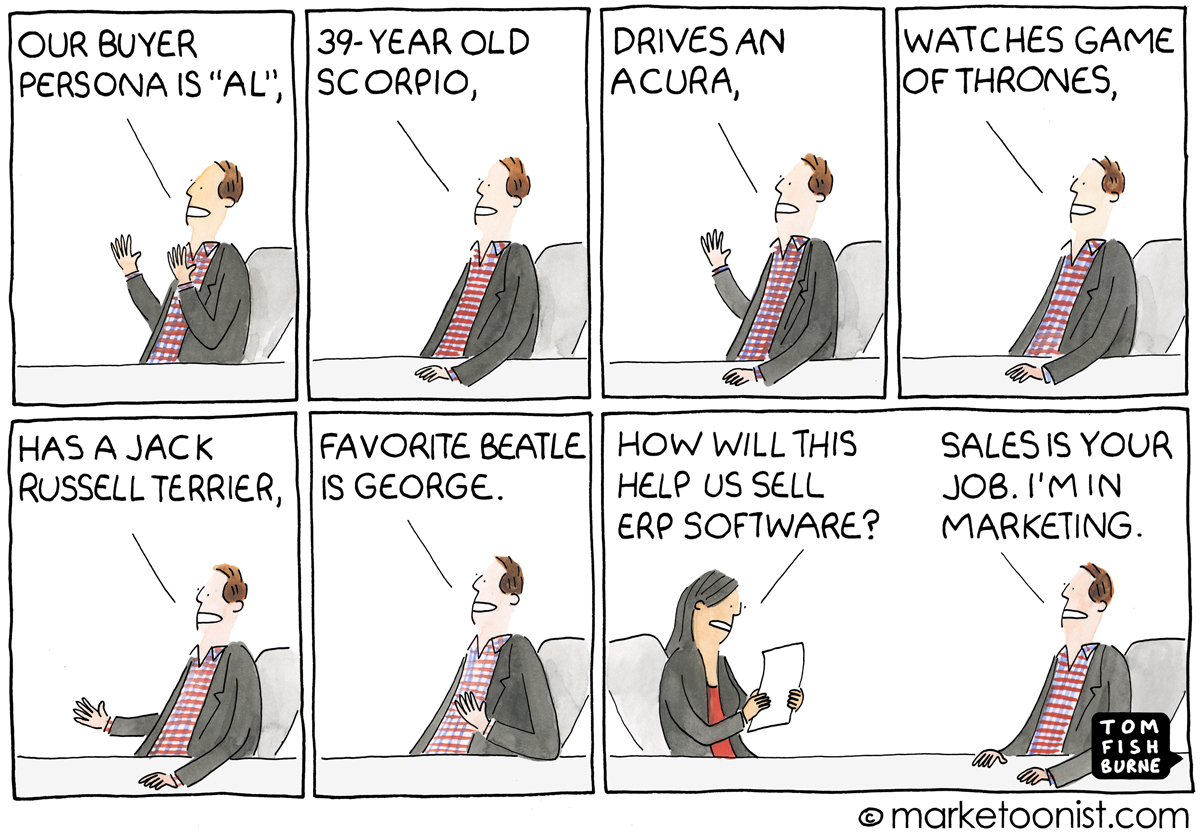 Marketing personas sometimes say more about the marketing team than the customer.

Often written out of sight in the ivory towers of marketing, personas are frequently unveiled without clear context of what they mean, how they were formed, or how the rest of the organization is supposed to use them.

A couple years ago, I consulted with an early stage technology company that didn’t have a clear idea of its customers. They had a tremendous amount of customer data, but much of it was background noise. This is a common problem. When we’re drowning in so much customer data, it can be hard to make sense of it all.

We thought that personas could help bring these complex customers to life. But we wanted the personas to be valuable to everyone who worked there, not just the marketing team, but everyone from the engineers to designers to sales. So, rather than do our work in secret, we opened our persona work up to everyone in the company.

We started by holding ongoing research groups every Wednesday after work that invited a selection of screened customers into their actual offices. We deliberately avoided the focus group glass of a research center far removed from the work.

One week might be high usage customers. Another week might be people who tried the product once and then not again. Everyone in the company was invited to observe, and even ask questions. Many attended, wheeling up their desk chairs around the couches where we interviewed customers, week after week. We probed use cases and customer journeys. We found patterns and commonalities. We got to know the customers as real people.

This later led to more analytical quantitative research. And ultimately to personas that captured some of these insights. The personas were fictional, but they were closely informed by real people. Throughout, it was something of a wiki process, where everyone in the organization was able to contribute to it and thereby owned the results, collectively.

We found that the real magic of marketing personas was in the process of creating them.

Here are some other related cartoons I’ve drawn over the years (including one of my earliest cartoons, from 2002).

“What Goes On Behind the Focus Group Glass” November 2002

Read the rest of this article here